Google has announced it will begin phasing out support for Microsoft’s nearly decade-old Internet Explorer 6 web browser. Beginning March 1, IE6 users will start to find Google’s Web based applications and services - starting with Google Docs and Google Sites - will stop working well with Internet Explore 6. I am a user of Google Apps, I received a notification email from Google Apps team 2 days ago:

In order to continue to improve our products and deliver more sophisticated features and performance, we are harnessing some of the latest improvements in web browser technology. This includes faster JavaScript processing and new standards like HTML5. As a result, over the course of 2010, we will be phasing out support for Microsoft Internet Explorer 6.0 as well as other older browsers that are not supported by their own manufacturers.

We plan to begin phasing out support of these older browsers on the Google Docs suite and the Google Sites editor on March 1, 2010. After that point, certain functionality within these applications may have higher latency and may not work correctly in these older browsers. Later in 2010, we will start to phase out support for these browsers for Google Mail and Google Calendar.

Starting this week, users on these older browsers will see a message in Google Docs and the Google Sites editor explaining this change and asking them to upgrade their browser. We will also alert you again closer to March 1 to remind you of this change.

In 2009, the Google Apps team delivered more than 100 improvements to enhance your product experience. We are aiming to beat that in 2010 and continue to deliver the best and most innovative collaboration products for businesses.

Thank you for your continued support!

Internet Explorer 6 (commonly abbreviated as IE6) is the sixth major revision of Internet Explorer, a web browser developed by Microsoft for Windows operating systems. It was released on August 27, 2001. 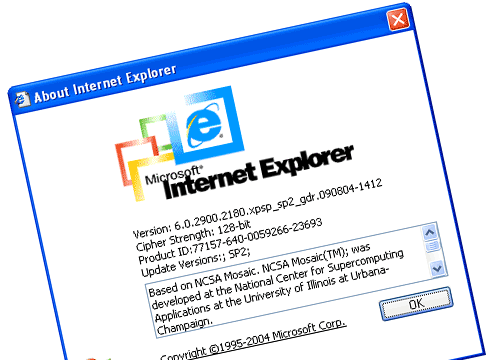 Other resource about Internet Explorer and Google

#1  Ed posted on February 11, 2010 07:05 PST
Google are only planning to upgrade some unimportant aspects of their website. The search engine, the important bit, will continue to function normally in IE 5 and IE 6.

Most IE6 users are running some version of Windows 9x, on an older computer, one that isn't capable of running IE7. So what Google is really saying is: we demand that you buy a new computer, and a new Operating System, and all-new Windows NT software.

Well, no one is going to do that! Not because one search engine makes a trivial change to its website. Even if Google disappears tomorrow, there are plenty of other search engines.
#2  Alex posted on February 14, 2010 20:52 PST
Actually IE6 came standard on XP when it was released.

Google isn't forcing anyone to buy a new computer. All the people have to do is click "upgrade" and they have IE7 on their computer. No need to buy a new machine.

This is a pain for web designers because you always have to design two sets of websites: those for IE6 and those for everyone else. Pain.
#3  Tyler posted on March 09, 2010 15:41 PST
It's actually pretty easy to design a website that works fine in ie6 without modification. A couple tips to remember. First, use less complicated html i.e. no iframes and use divs and frames instead. Second, use javascript for enhancements, not the basis for content.