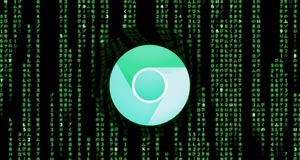 Congrats to long-time Chromium contributor Sergey Glazunov who just submitted our first Pwnium entry. Looks like it qualifies as a “Full Chrome” exploit, qualifying for a $60k reward. We are working fast on a fix that we’ll push via auto-update. This is exciting; we launched Pwnium this year to encourage the security community to submit exploits for us to help make the web safer. We look forward to any additional submissions to make Chrome even stronger for our users.

About Pwnium: rewards for exploits

This year at the CanSecWest security conference, Google will once again sponsor rewards for Google Chrome exploits. This complements and extends our Chromium Security Rewards program by recognizing that developing a fully functional exploit is significantly more work than finding and reporting a potential security bug.

To maximize our chances of receiving exploits this year, Google has upped the ante. Google will directly sponsor up to $1 million worth of rewards in the following categories:

All winners will also receive a Chromebook.