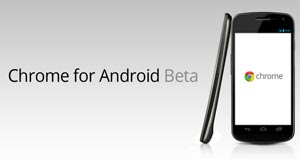 The speed and simplicity of Chrome, now on your Android phone and tablet.

Google launched a beta version of Chrome for Android today, bringing popular features from the desktop version to smartphones and tablets.

Want to install Chrome for Android on your smartphone ot tablet? there is a tutorial.

The features of Chrome for Android beta

The requirements of Chrome for Android beta

The screenshos of Chrome for Android beta 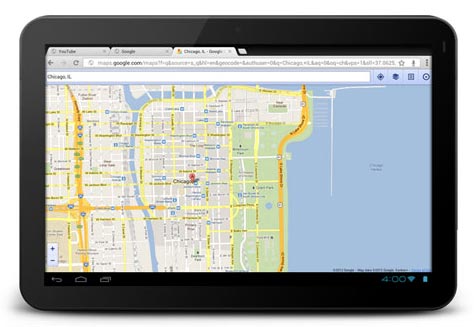 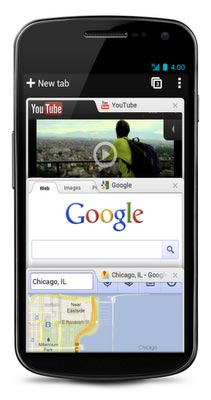 The user reviews of Chrome for Android beta

#1  Alex posted on February 07, 2012 23:55 PST
Works excellently on my galaxy nexus 4.0.3. Tabs are awesome, speed is great, UI is beautiful. And its free.
#2  Prisciliano posted on February 07, 2012 23:56 PST
Wow!! Just spent 20min straight opening tabs and going to element heavy pages and it handled it all very well! But by far my wow factor comes from the proximity click pop up bubble! It basically helps avoid having to zoom in anytime you want to click on a link that is very close to another link! When you hit the link you want a bubble pops up showing you both links in very large font so you can select the one you meant to click on! :D
#3  israel posted on February 08, 2012 00:04 PST
Finally a good browser
The main complaint I had about my Android tablet was that the browsers available were just not good enough. I tried them all and I used to change my default browser every few weeks. In the end, I was using 3 different browsers depending on the kind of site I wanted to visit. I downloaded Chrome a few hours ago and I feel like my search for a browser is finally over. I'm so pleased with it that I took the time to write a review (first time ever)