While Apple has done an amazing job at capturing people's minds in the few markets they participate in and partially dominate, in the smartphone world Android has come out on top throughout 2011 with most impressive usage figures.

I collected some funny comics about phone wars: 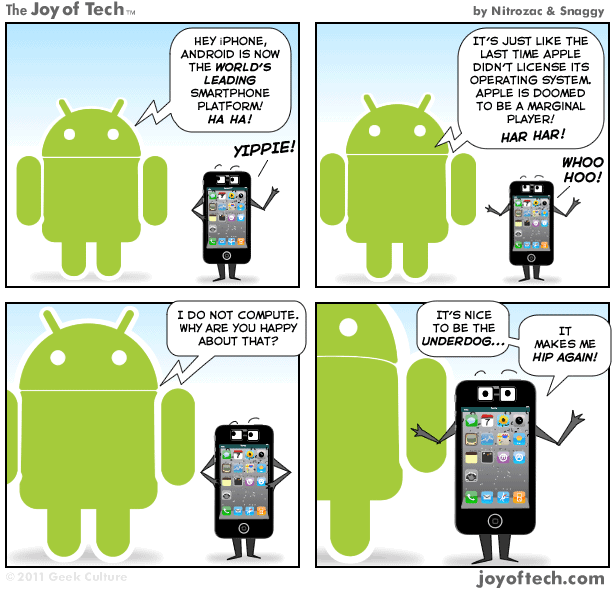 A number of smart phones do battle against each other - using their apps to create light sabers, amongst other weapons This very cool animation was created by Cyrus Mir in his spare time. It took a few months but, yes, you read correctly - his spare time. Amazing. 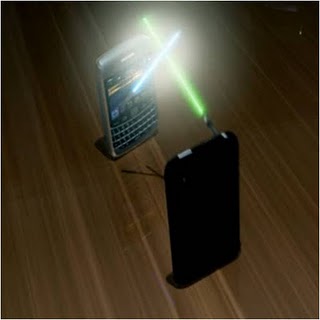 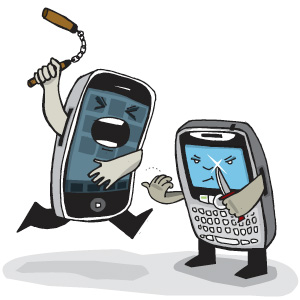 No, You're Stupid: How different smartphone users view themselves and others

How smartphone users see each other, Android vs. BlackBerry vs. iPhone: 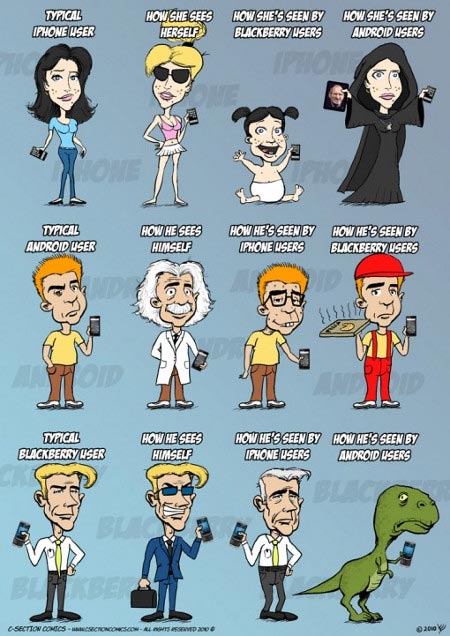 Comic: How different smartphone users view themselves and others. Credit: geekologie.com 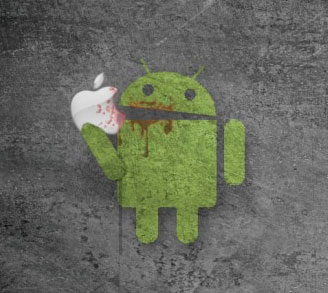 Apple Vs. Google: Who's going to win the great mobile-phone war? 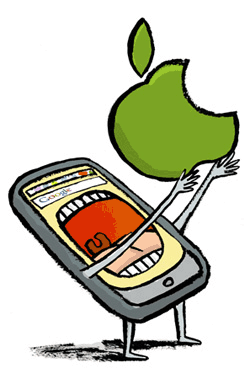 Nothing much needs to be said, but why does the apple get 4 light sabers? I read a funny joke that said not to worry as it could only use one of them at a time. Unfortunately, that doesn't apply today. 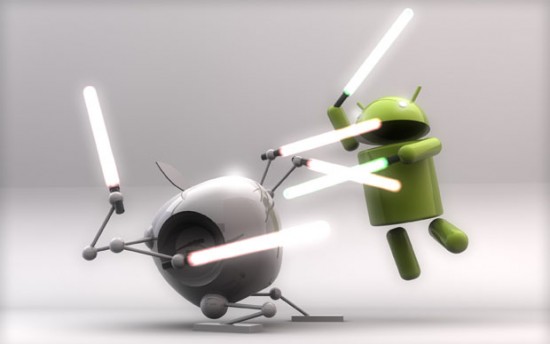 Other resources about phone wars

If you have more funny pictures about phone wars, don't forget to share. My email: