How to get 5GB of extra Dropbox storage for free 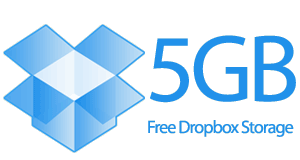 Dropbox is a free service that lets you bring your photos, docs, and videos anywhere and share them easily. There are a number of versions across many operating systems, including versions for Microsoft Windows, Mac OS X, and Linux, as well as versions for mobile devices, such as Android, Windows Phone 7, iPhone, iPad, WebOS, and BlackBerry, and a web-based client for when no local client is installed. The Chrome extension for Dropbox is also available.

A free account of Dropbox nets you 2GB of storage space. Want to boost that to 7GB for free?

With the services's latest beta software, it has added an automatic photo and video import feature. Connect to a camera or smartphone, and you'll have an option to automatically import the videos and pictures to Dropbox. To help promote this new feature, for every 500MB of photos and videos automatically uploaded, you'll receive another 500MB space bonus, up to 5.0GB total.

Tutorial: Get 5GB of extra Dropbox storage for free 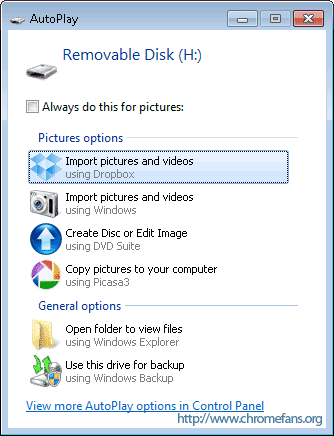 Another day another build. We're trying to snipe all the most common bugs. Keep plugging in those cameras! During this beta period, we are also offering additional free space to test automatic uploading of photos and videos. For every 500MB of photos and videos automatically uploaded, you'll receive another 500MB space bonus, up to 4.5GB total. [Update: To clarify, you can get up to 5GB of free space with this feature, if you count the initial 500MB space for the first photo import].