Google released Chromium OS open source project on Nov 19, 2009. The code of Chromium OS is free, accessible to anyone and open for contributions, it's a lightweight operating system that will initially be targeted at netbooks. According to Google, Chrome OS, will be about web apps, not desktop apps - in other words, the entire user experience will take place within the browser.

2. Better access points and discovery: On Chromium-based browsers, Google have addressed the access point issue by allowing applications to install shortcuts on your desktop.

3. Tab bar: While the tab bar is sufficient to access existing tabs, it's creating a new primary access point that provides a list of frequently used applications and tools.

Below video is giving an overview of the Chrome OS user interface:

Expanding the application menu, includes Google Search and links to other web applications such as Lala, Gmail, Calendar: 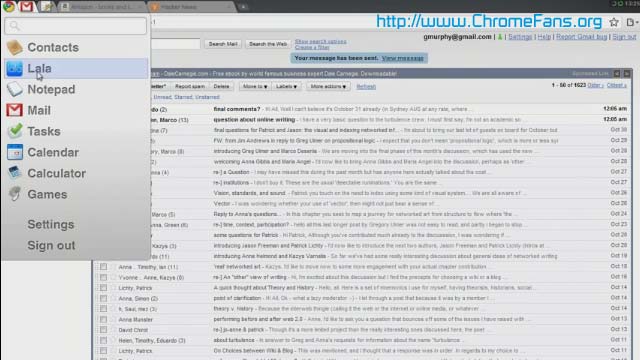 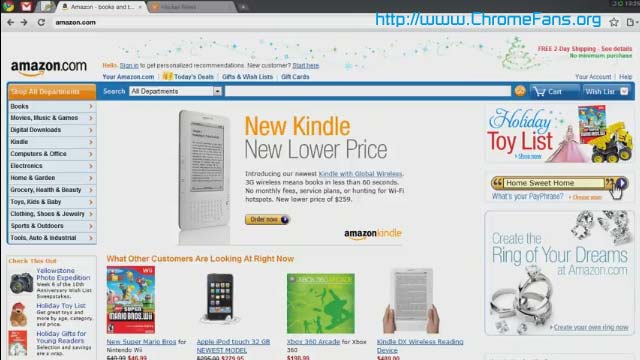 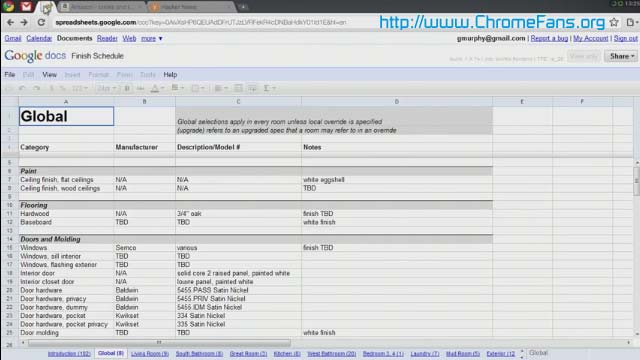 The contact and char windows remain always on top, you can directly drag a person from contact window to current chat window 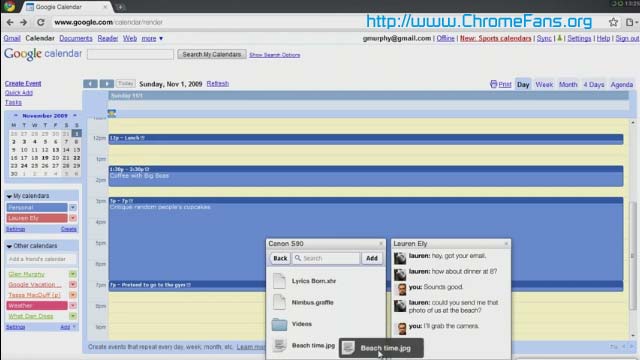 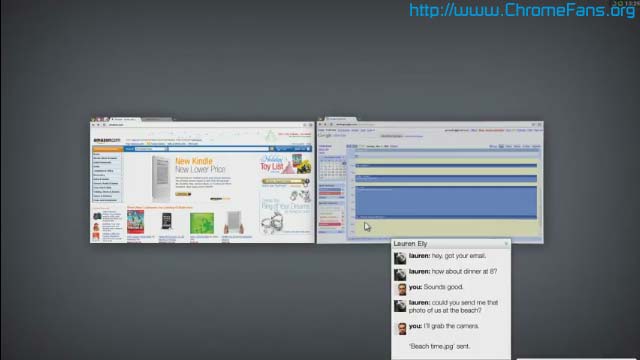 Other resource about the Video, Screenshots and Chrome OS