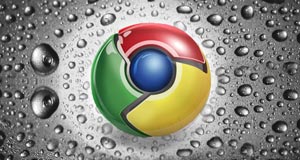 While the last few Chrome release candidates have focused on adding new features, Google is shifting the focus back to speed and security with the upcoming release of Chrome 17. The Chrome 17 beta version is available on Jan 05, 2012, it improves on two of Chrome's core principles: speed and security.

One of the things people like best about Chrome is that it loads web pages quickly. To get you where you want to go even faster, Chrome will now start loading some web pages in the background, even before you've finished typing the URL in the omnibox. If the URL auto-completes to a site you're very likely to visit, Chrome will begin to prerender the page. Prerendering reduces the time between when you hit Enter and when you see your fully-loaded web page--in some cases, the web page appears instantly.

On the security front, improvements to Chrome's Safe Browsing technology should help protect you from additional types of malware attacks. Previously, Chrome focused primarily on protecting you from sites that would exploit your computer with no user interaction required. Now, we're seeing an increase in malicious websites that try to convince you to download and run a file that will harm your computer. Some websites even pretend this malicious file is a free anti-virus product.

To help protect you against malicious downloads, Chrome now includes expanded functionality to analyze executable files (such as “.exe” and “.msi” files) that you download. If a file you download is known to be bad, or is hosted on a website that hosts a relatively high percentage of malicious downloads, Chrome will warn you that the file appears to be malicious and that you should discard it. We're starting small with this initial Beta release, but we'll be ramping up coverage for more and more malicious files in the coming months. Remember, no technical mechanism can ever protect you completely from malicious downloads. You should always be careful about which files you download and consider the reputation of their source.

Other resources about Chrome security

#1  wuye posted on January 10, 2012 00:22 PST
Really? I am using chrome 17,but I didn't see there is a protecting feature.
How can check if I have this feature in my chrome already? and if we use a browser using Webkit engine, will this feature continue available? such as in Avant browser?
#2  Fuel Efficient Suvs posted on January 23, 2012 06:19 PST
I will test
#3  spy camera posted on January 26, 2012 20:35 PST
I am using chrome 17
#4  العاب كرتون نتورك posted on November 02, 2013 14:07 PDT
This is the first time that I have seen both the Beta and Dev versions of Chrome share the same version number. The Dev version usually gets updated ahead of the Beta version so there's probably some bugs in version 18 which delayed its release.
#5  Dejen posted on March 21, 2014 07:59 PDT
Chrome is number one technology of the world.