A Google executive stated this month, that in order to work with Asian laptop manufacturers on computers which would run the Chrome OS, a software engineering center was established in Taipei by Google.

The senior vice president of Google's Chrome, Sundar Pichai, also stated that Google is attempting to get more companies to back up its operating system project and so in order to support laptop manufacturers a crucial role would be played by the new center. This statement was received this week at a combined event of a news conference and Computex IT show.

Applications which are usually present online are meant to be run on the latest Chrome OS by Google which is a Linux based operating system. This means that as soon as new software would become available, these laptops would automatically get updated since they would always remain connected. According to Pichai, email, games, and other such small user data and code could still be used on the computer even if it disconnected from the internet.

Samsung from South Korea and Acer from Taiwan are the first two develop two laptops and sales are expected to begin this month.

According to Pichai, Google moved much of the work of supporting the laptop manufacturers and designers to Taiwan in order to be able to attract more partners for the project. Mountain View, California was the previous Google headquarters where the Chrome OS program was being run. 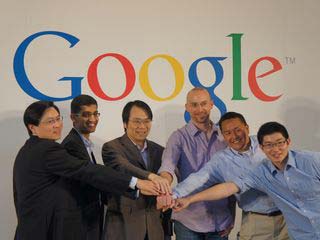 Some of the world's leading laptop manufacturers and designers currently reside in Taiwan. Many of them are making the laptops for well-known PC manufacturers who are using their own brand name to resell them, while there are popular companies such as Compal design, Foxconn, and Quanta as well.

According to Pichai, Google is in the course of ramping up the effort in Taiwan, this year and they are not only looking forward to hire a lot more engines but many engineers have already been reaccredited.

Luckily details have been unveiled about these upcoming machines. The first is the Chromebook by Samsung Electronics Co. which has a 12.1 inch display. The computer is expected to go on sale in France, Germany, Italy, the Netherlands, Spain, the United Kingdom and the United States

The rollout schedule of a smaller Chromebook is not known yet but it has an 11.6 inch screen size but by the logo on it, it became evident that it is an Acer product.

Other resources about Chrome OS